As a part of American’s for Prosperity’s year-end fundraising campaign, they had a final email appeal reminding the donor of an upcoming deadline (midnight) so as to inspire them to give.

We believe the fear of failure will increase donor response rates. 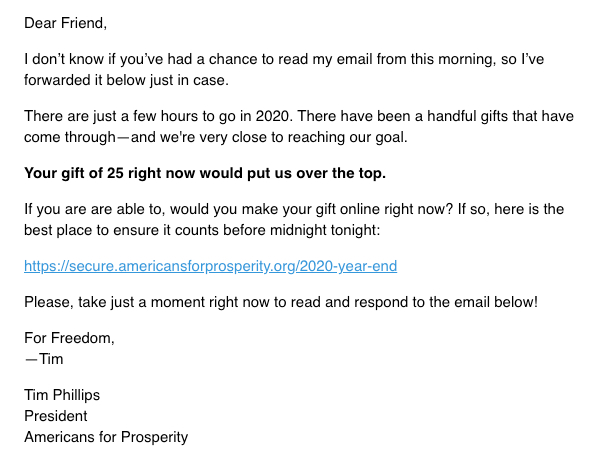 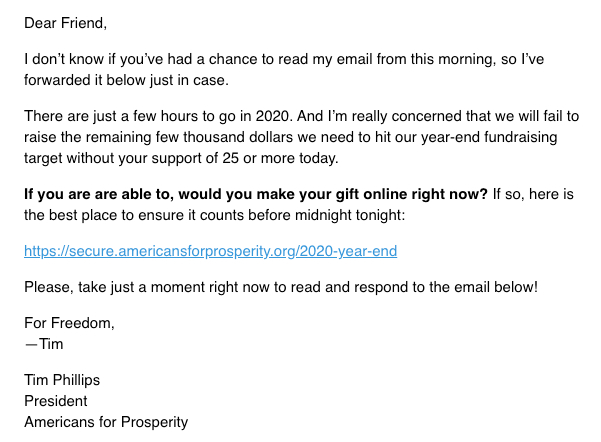 With a 93.9% level of confidence (just shy of a significant result), we observed an increase of +374% in the donor conversion rate when using a negative tone (eg a message that emphasizes the fear of not hitting our collective goals without the donor’s gift right now).

Subsequently, we also observed an increase in revenue from the treatment (negative tone) message of +898% (LoC: 85.8%).

This revenue increase was achieved by a combination of a +52% increase in the average gift size, as well as the increased response rate—which multiplied together to drive the revenue lift seen within the study.

Overall, the samples are pretty light and we’d like to further experiment with this approach again in future studies, but the results seem to indicate that the “fear of loss” within the treatment message drove a higher response and better generosity.