CaringBridge had executed several tests on their main donation page and found that the motivation to give on that page was very different than on their “tribute” pages, which was where most of their revenue came in. Their main donation page had a high average gift, and the motivation to give had proven to be much less personal and much more mission-based.

Since average gifts were high on this page, they wondered if the six-button gift array (which had beaten a three-button array in a previous test) were actually hindering average gift and conversion. The suggested gift amounts were meant to provide relief to decision friction—but what if they added to it?

CaringBridge decided to test this array against an “open field”, which allowed the donor to decide on their own gift amount, with a stated minimum donation of $10. They split the traffic to determine which had a greater effect on donor conversion rate.

How does an open field on a donation form affect donor conversion rate? 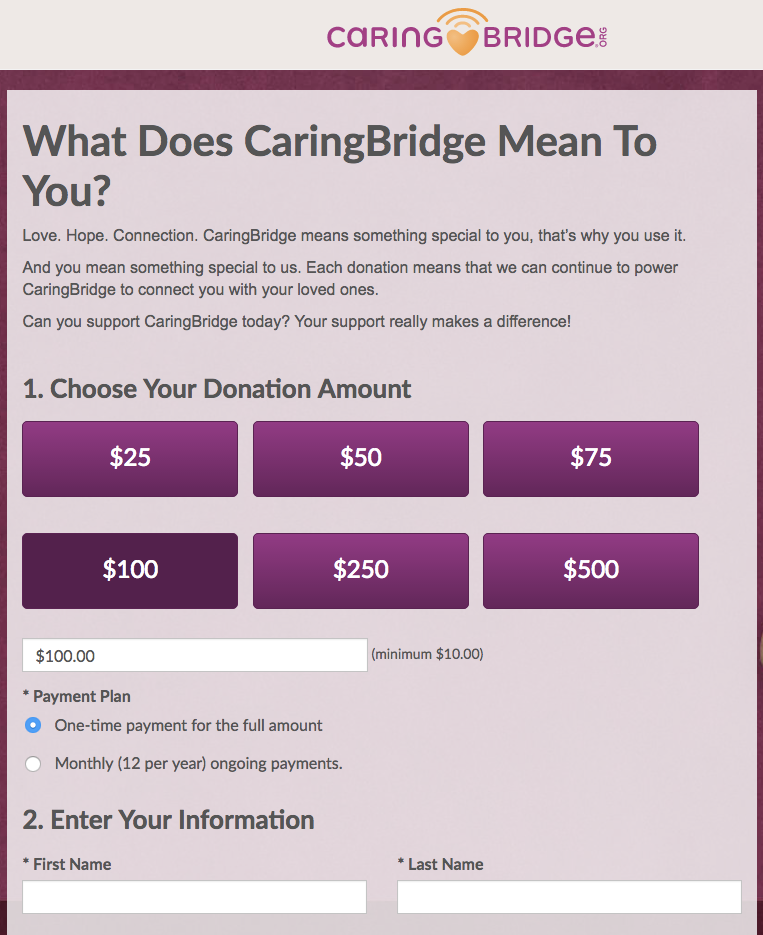 The treatment produced a 125.9% lift in conversion on the main donation page. This showed that the array, which was designed to combat decision friction, might have actually contributed to it. One danger in the open field treatment was that average gift would dip without the suggested amounts to provide “anchors”. CaringBridge kept a close eye on average gift, but found no valid difference in the two forms, which meant that there was a valid revenue increase from this test.

This prompted a series of tests to separate desktop traffic from mobile and determine the individual impact of each experience on conversion.

Kevin is the Chief Technology Officer at NextAfter. If you have any questions about this experiment or would like additional details not discussed above, please feel free to contact them directly.