Founded in 1844, Hillsdale College is an independent liberal arts college with a student body of about 1,400. Hillsdale’s educational mission rests upon two principles: academic excellence and institutional independence. The College does not accept federal or state taxpayer subsidies for any of its operations.

Hillsdale College had previously verified that a two-step signup form for their online courses increased email acquisition rate. However, the platform on which they had built this two-step form made it difficult to do further testing on the signup process. So they decided to rebuild the two-step form on a new platform that made future testing easier.

They wanted to re-test the concept to make sure that the lift still held—and they also wanted to test a new concept. The previous winning treatment had two unique pages that each contained a part of the full form. Their new concept animated the two halves of the form on a single page in a smooth motion that didn’t require a second page.

They launched a three-way split URL test to validate a winning treatment.

Will simplifying the signup process through a two-step form increase email acquisition rate? 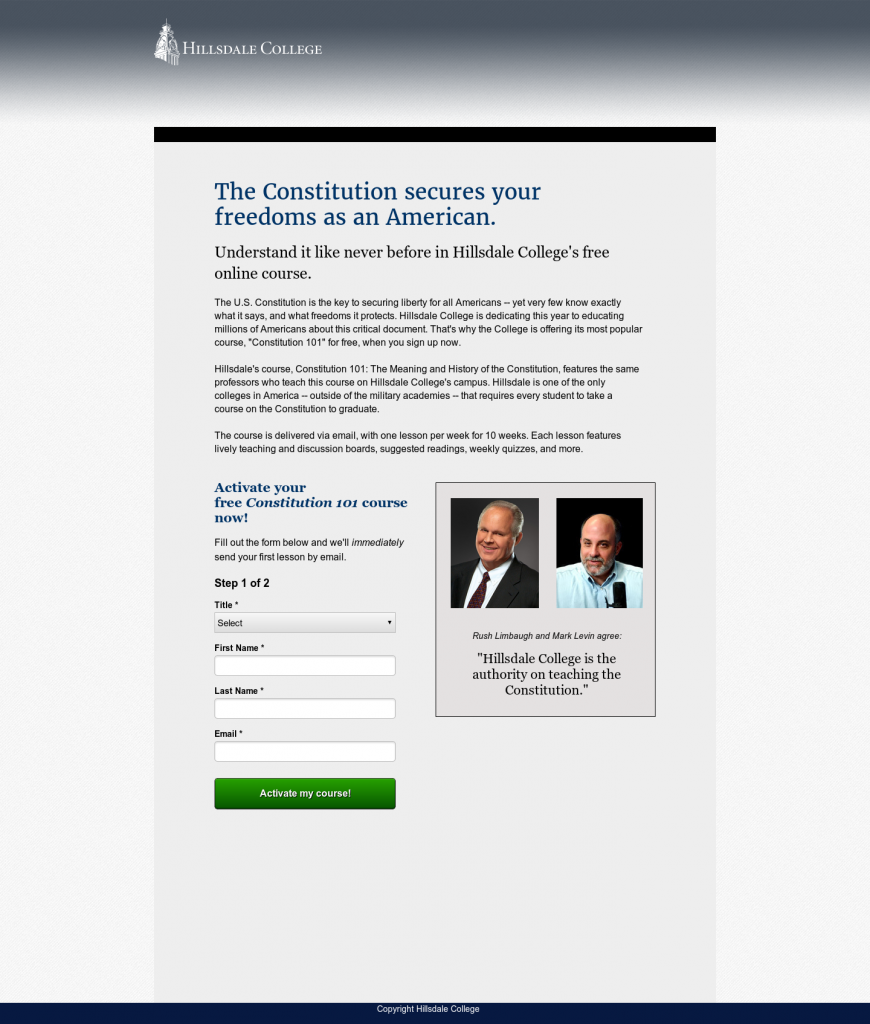 Both treatments produced a lift to the control, as expected (since this had validated in a previous test on a different platform). However, the two-page solution produced a much higher lift than the “smooth animation” form—and also produced a 76% increase in donations after the signup process.

This was a fascinating result, since the two-page solution required more time and presented more friction. This result suggests a few potential learnings:

This treatment was quickly rolled out to all Hillsdale courses, and provided lifts across the board. The new two-step form also now allows more iterative testing for each course.