The Fundraiser’s Creed, Article One: People Give to People

The only way to begin optimizing online fundraising is to think like our donors. Often times we develop a marketing machine that doesn’t consider that the donor on the other end is a human being with complex motivations. This leads to emails and donation pages that lack any sort of personal tone or human element. 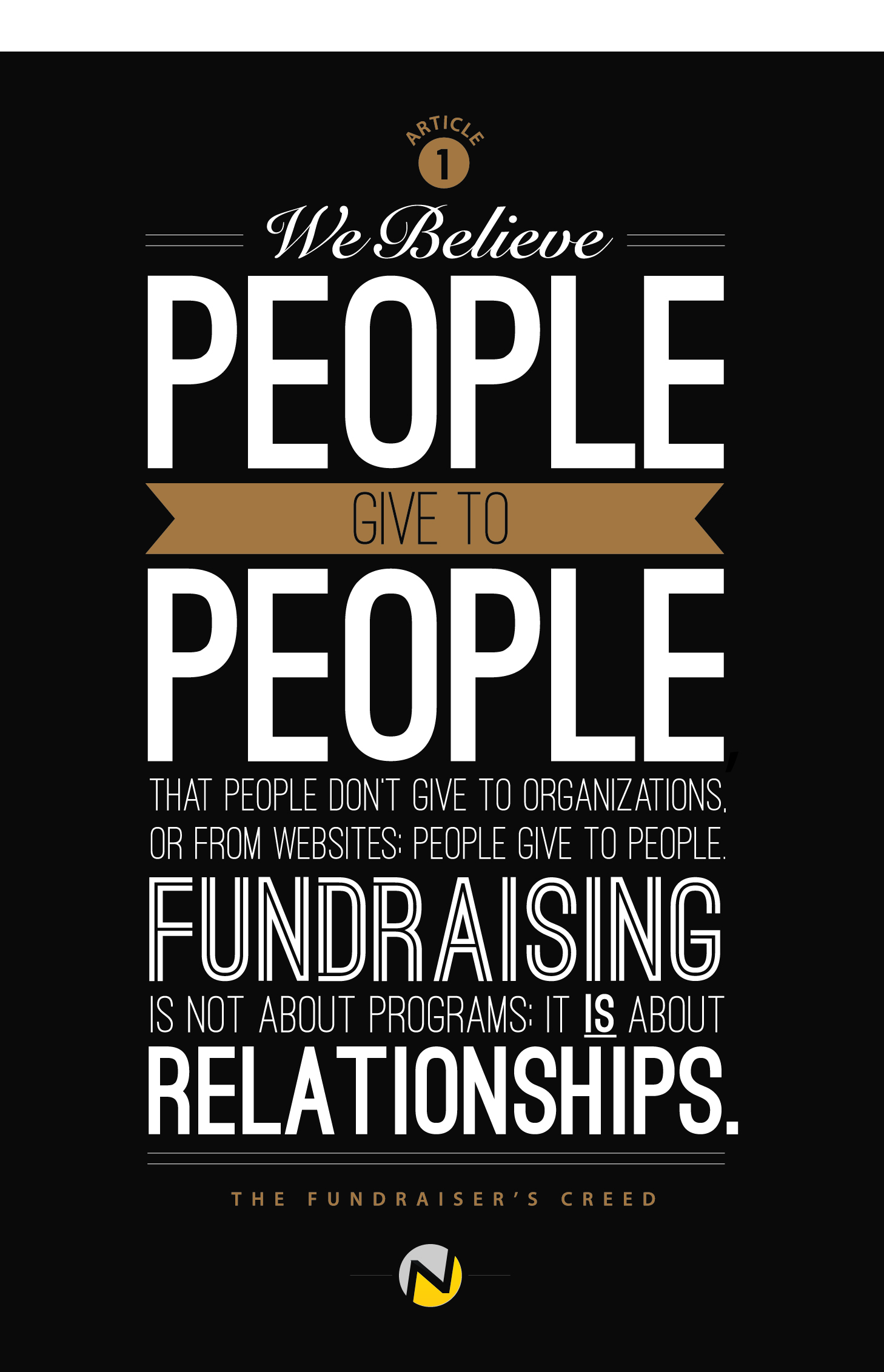 People Give to People

The exciting thing about the Fundraiser’s Creed is that it’s more than just nice sayings or best practices. These are concepts and ideas that we have tested and proven over time through experimentation. Let’s look at an experiment in which we applied the “People Give to People” concept: 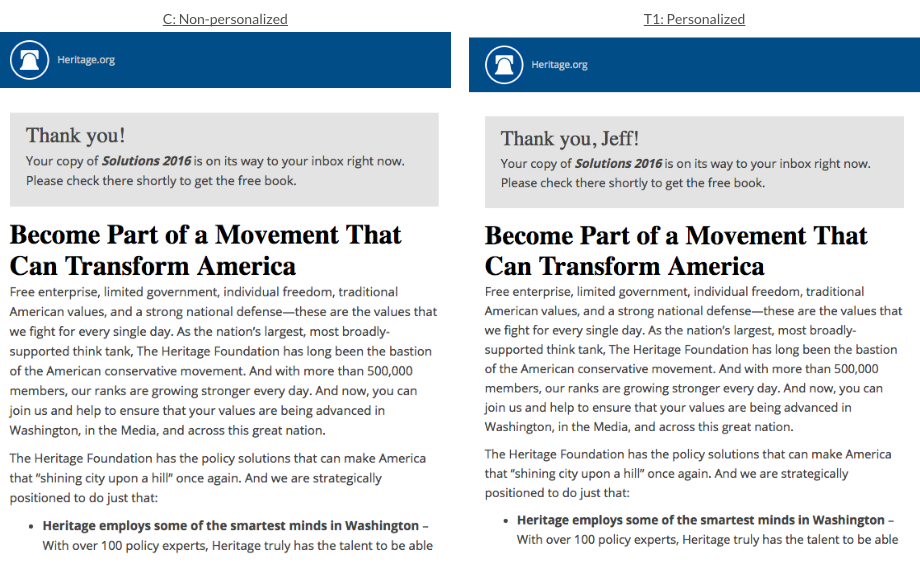 The Heritage Foundation was running a free content offer as a means of growing their email file. After someone filled out the form to get their free content, they followed up with an instant donation ask.

The original confirmation message simply said “Thank you!” We wondered if we could affect the donor conversion rate by adding the newly acquired contact’s first name into the headline. After all, they just told us their name when they requested the free content. Wouldn’t it make sense that our following conversations sound like we know who they are? Just making one simple change made the traffic on this confirmation page feel that they were interacting with real people who knew them. That personal tone resulted in a 501.9% increase in conversion rate. Not only does it sound nice to treat donors as people, but it can have an enormous impact on your online revenue.

Fundraising is About Relationships

The second part of Article I states that “fundraising is about relationships.” Just like before, we can run A/B tests to determine if this actually makes a difference in your fundraising.

Jews for Jesus had a process in place to convert direct mail letters to email appeals which they were sending out on a monthly basis. Although they were seeing success, they thought the tone of the email could be changed to sound more like a person rather than a marketing machine. The control in this experiment had an image inserted, a donation button, and a digital signature of their executive director. Although these made for a pretty email, they aren’t necessarily elements that most people would include in an email to their friend.

For the treatment, we pulled out these pretty design elements and changed the copy to a more personal tone that sounded like it really came from David Brickner, their executive director. The goal of this was to make the email recipient feel as though they had a real relationship with David Brickner. By creating a more personal tone, we saw a 109.2% increase in click-through rate by making the email recipient feel that there was a true relationship going on through the email communication. David Brickner is no longer the face of a marketing email from Jews for Jesus; he is the face of the relationship being built with the donor.

Download your own printable version of The Fundraiser’s Creed using the form below. Feel free to hang it in your office or use it to wallpaper your CEO’s office.