How We Forgot About Our Mid-level Donors

One year ago, we had a rather bold hypothesis – mid level donors were being forgotten and abandoned by the nonprofit organizations that they generously support.

This hypothesis was driven largely by two main observations we made with many of the nonprofit organizations we have worked with over the years.

First, we observed that many organizations were pulling donors out of their standard communication strategies when they gave anywhere from $1,000 to $5,000. The reason for this being that these mid level donors were too valuable to receive the typical “house file” treatment.

Secondly, these same organizations had specific strategies to communicate with their major donors. But most donors weren’t being classified as a “major donor” until they gave anywhere from $5,000 to $10,000. At this point, nonprofits would roll out the red carpet and give the major donor direct access to a personal representative from the organization.

How We Conducted the Study

The combination of these two observations meant that there was a communication gap. A large segment of donors – mid level donors – were being abandoned.

But this was just a hypothesis, and we needed to know whether or not it was true. To do this, we made donations between $1,000 and $5,000 to 37 different nonprofit organizations across 12 different verticals. Afterwards, we monitored the communication we received from them via email, direct mail, and over the phone for 90 days. 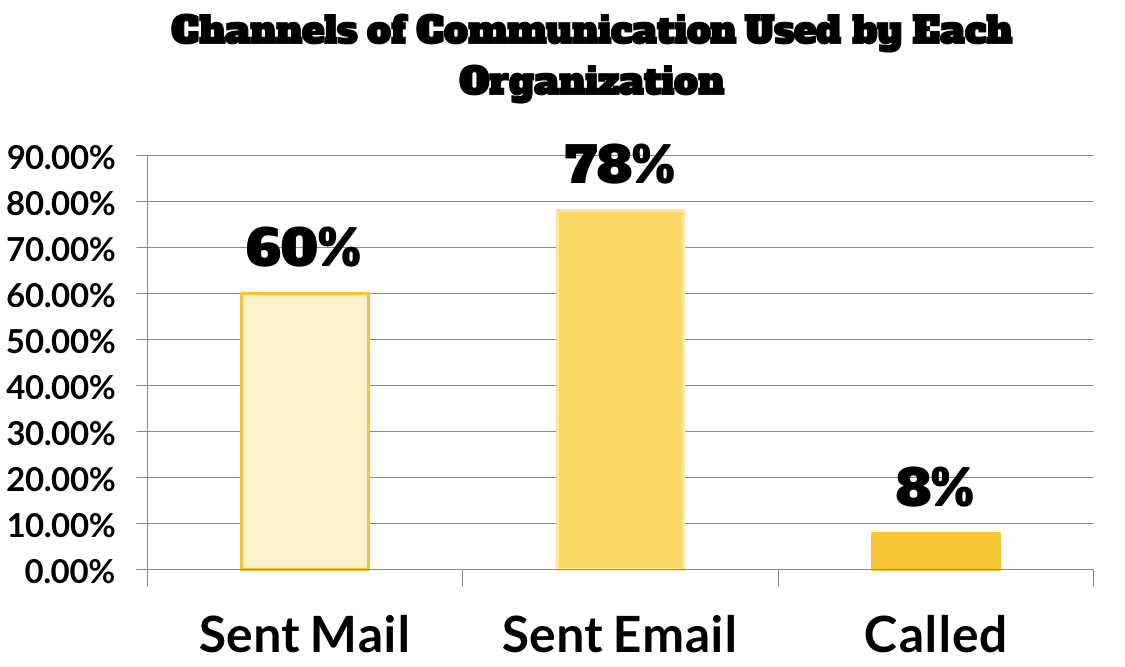 While parsing and analyzing the data, we made some significant and startling discoveries. For instance…

What We Learned From This Research

These observations, along with many more, led us to our conclusion. Many nonprofit organizations are indeed abandoning their mid level donors, often ending communication with them after just 2 months.

Although there were some shining star organizations that demonstrated consistent, relevant and appropriate communication with this donor segment, every organization we surveyed had significant room to improve the tactics by which they talk to their donors.

For example, research from Penelope Burke’s Donor Centered Fundraising shows that a donor’s second gift could be up to 40% higher if they received a thank you phone call.

And time and time again, our fundraising research has proven that engaging donors with personal and humanized communication can dramatically lift donor conversion rates and average gift sizes. In some cases, we’ve even seen a 380% increase in revenue.

There are a lot of lessons to be learned from this research, but they all point to one overarching principle:

People give to people – not organizations, fundraising programs, or email machines. Your fundraising is most effective when you stay focused on building personal relationships with your donors. 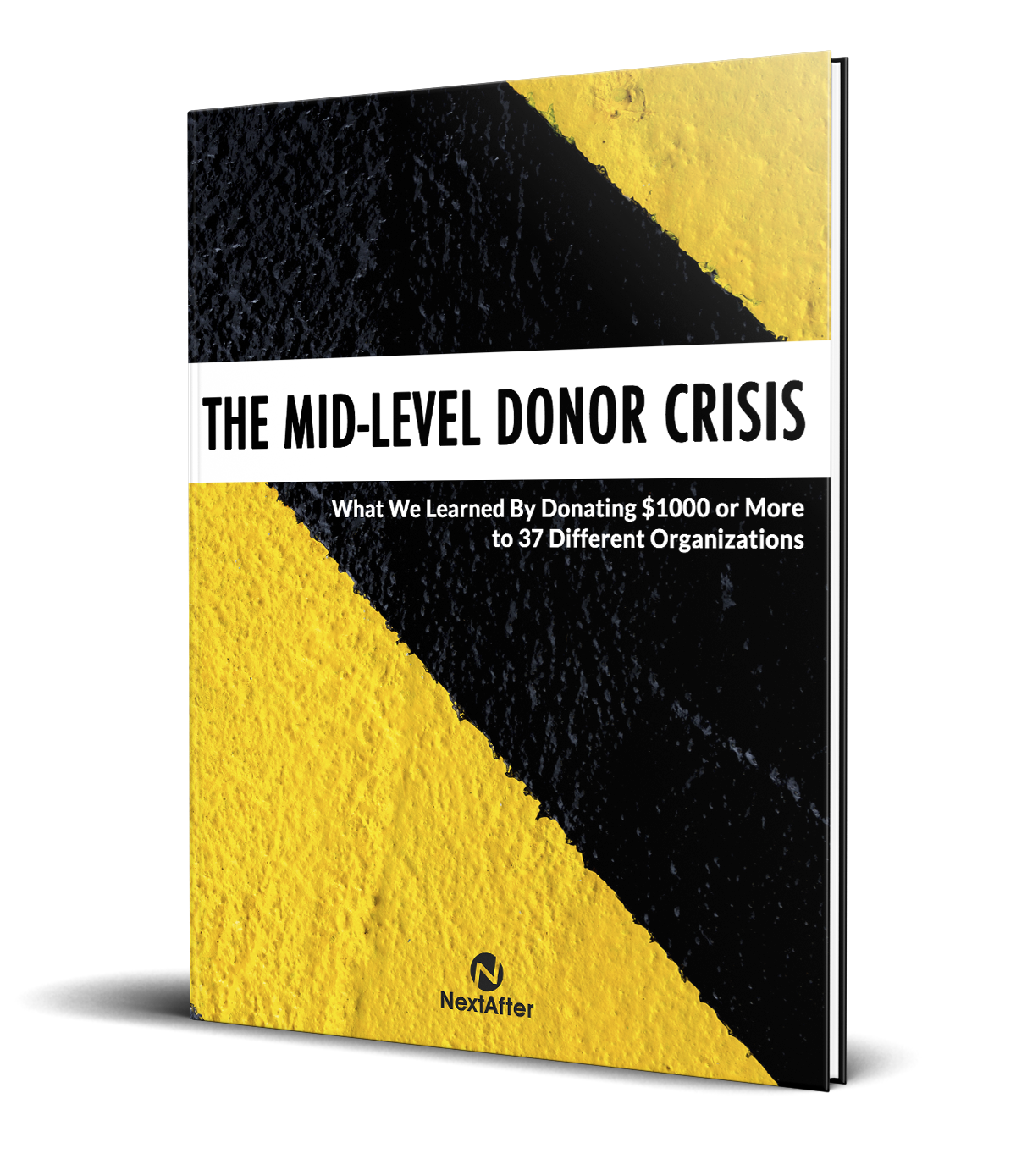 We’ve documented all of our findings into a 101 page research study called The Mid-level Donor Crisis. In the study, you’ll see how time and time again, testing and experimentation proves that you can increase your fundraising performance by utilizing empathetic and personal communication with your donors.

You can get a free copy of The Mid-level Donor Crisis by filling out the form below.